Command line application to perform BLAST queries from multiple files against different databases at once.

A pre-print of the manuscript describing this application is available at bioRxiv and can be accessed here.

General description of the MassBlast workflow: 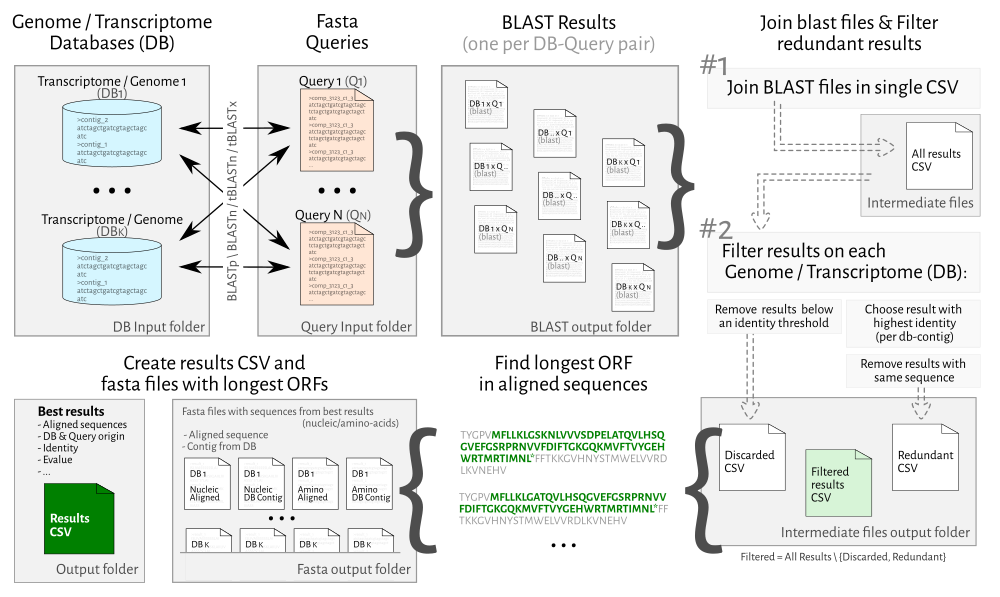 note: Ruby and all other requirements are included in the package files, it is not necessary to install when using packaged version.

Example of a nucleic-acid query file that could be placed in db_and_queries/queries folder:

The method is defined in the file user.yml

How to setup a Blast database for a transcriptome

note: do to not use spaces in the <blast db new name>

Place the fasta files for the database in db_and_queries/import_dbs directory and run the appropriate script.

You also need to say if it is a nucleic-acid or protein-based fasta file.

For Linux and Mac OS X run the import_fastas.sh script

For Windows run the import_fastas.bat script

This work was supported by:

We would like to thank Cathie Martin and Philippe Vain for reading the manuscript and providing us with important comments and insights. We would also like to thank Aldo Ricardo Almeida Robles and Nuno Mira for testing MassBlast.